I used to hate bras. Lots of women that I knew and met also hated bras. Bra shopping devastated us. And our common bra hatred united us.

From the time I was a teenager, I can remember trying on bras for hours and hours until there were none left untried on the rack. I would leave the stores in tears. I was told by expert fitters after exhausting sessions with a tape measure and overflowing cups that they couldn’t help me. Friends remarked that it was strange that I couldn’t find a bra that fit me right. After all, they agreed, bras were meant to be uncomfortable.

So I settled on a poor fit, and even the bras I bought and convinced myself that I liked, I actually hated.

I kept wearing the same size and style from the time I was 13 until I was in my late 20s, defaulting to the beige, plain, expensive “minimizer” year after year. Because my bras never fit right, my clothes were never much better. I even took some comfort in that shared hatred of bras that many women know. We would cross paths in the lingerie department, brows furrowed, looking dejected on our way out of the fitting room hauling a tangle of useless bras.

An irrational hatred of bras is the easy option, because if there are thousands of bras on the rack and none of them fit, what is the other logical conclusion? Something is wrong with my body. Bra hate is so often tied to body hate.

The caveat to this belief was that bras simply couldn’t be comfortable and fun for me like they were for other women. Lounging around smiling in cute underwear was for Victoria’s Secret models: pretty, thin girls with small, self-supporting breasts. I was sized out of VS at 13. From then on, I had to skip to the ugly stuff on the rack and hope it squished my boobs down sufficiently under a baggy shirt. A successful bra was one that hurt the least when I moved.

It didn’t take long to realize that the size was the problem. But I looked everywhere for more sizes and couldn’t find them. It wasn’t until the summer of 2014, in yet another round of desperation, that I stumbled across discussions on the internet about bra sizing, the limited range of sizes available in most stores, and how it’s possible to measure yourself more accurately.

I was skeptical. My hate for bras was deep and well-honed. It had become a part of me. Still, I took a chance, and now, just over a year later, I enjoy shopping for bras and I have quite a few that are comfortable, pretty, and a very decent fit.

It turns out that the bras I was wearing before – and the source of my hatred – were not designed to be the torture devices that they turned into on my body. They weren’t poorly made or even all that ugly. They were fine … for someone whose actual size is a 38D. My size when I was buying them was probably a 32G. Of course I was sized out of Victoria’s Secret. Their size range is so limited, I would hazard a guess that most people are sized out.

For all those years, my hatred of bras and boobs had been utterly misplaced. It would be like hating shoes because size 10s don’t fit my size 7.5 foot. And then blaming my feet!

Sigh. I’m so glad that the hate is gone. I love my bras now.

It’s been over a year since I’ve found my more accurate bra size(s) and have been finding and wearing new bras that are comfortable and supportive. My quality of life has improved dramatically. I’ve learned a lot and joined in with some great online communities for bra fitting. Until now, I’ve been reluctant to start a blog. I don’t consider myself an expert by any means. But I do think that sharing my experiences can help others along their journey.

There are a lot of fantastic bloggers out there and I’m still somewhat of an outsider to the lingerie world. I don’t like sharing photos in my underwear and I don’t have unlimited funds to buy the latest styles and exotic brands. Some of my reviews have already been written elsewhere, and I’ll add them here soon. In the meantime, I won’t commit to a regular post schedule. Life gets in the way. When I’m not posting here, you can find me on Bratabase, /r/abrathatfits and Twitter.

This site uses Akismet to reduce spam. Learn how your comment data is processed. 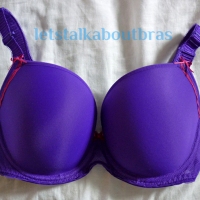 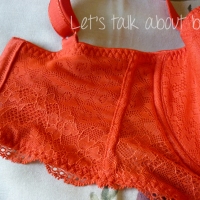